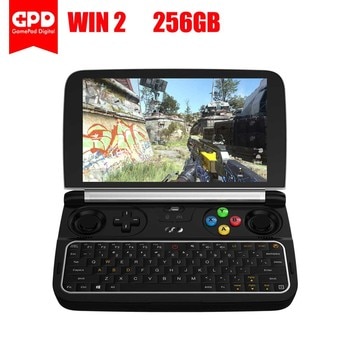 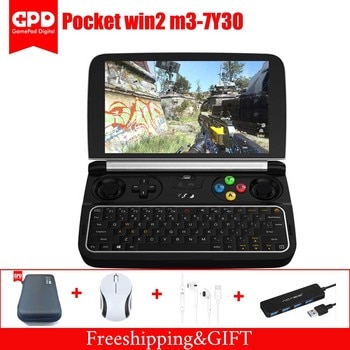 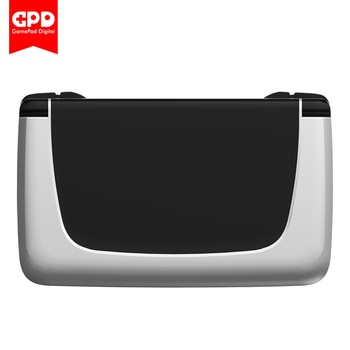 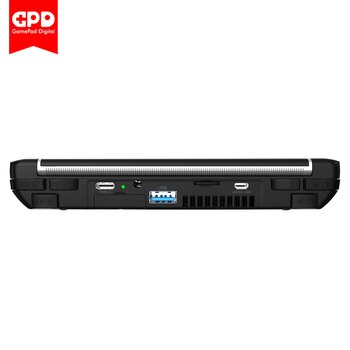 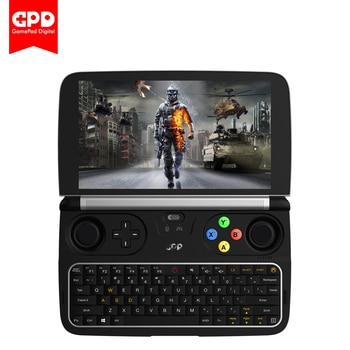 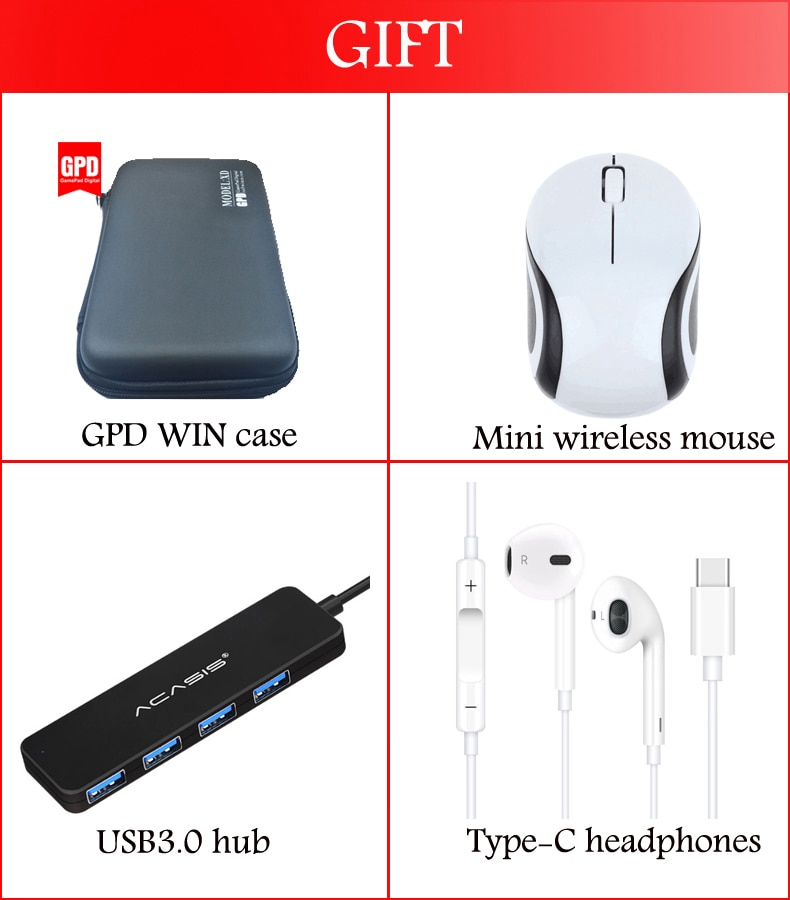 Please note that the Motor vibration effect has been deleted from the batch of Aug 20th.

Owning a portable handheld game console capable of running AAA games such as GTA5, has always been the dream of many gamers. But even the best handheld consoles on the market like the PSP and PSV struggle to run these games. Better game console performance normally requires a device that is sizable enough to have sufficient processing power and is able to withstand long battery use and overheating. 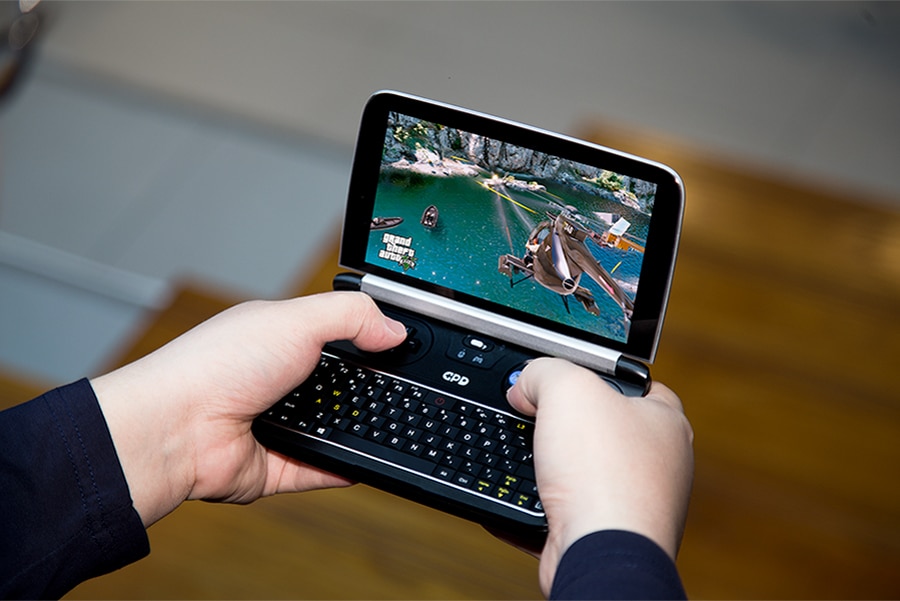 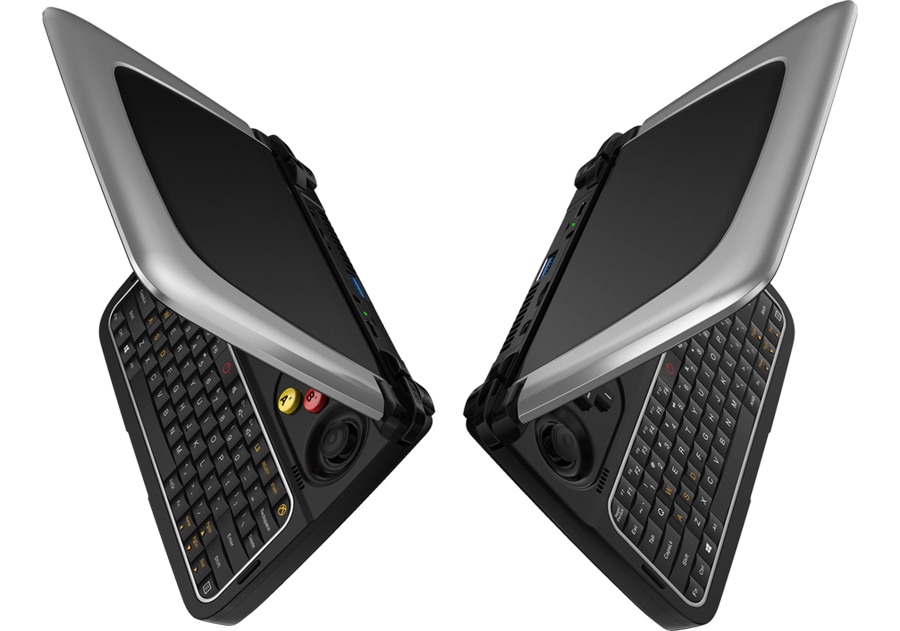 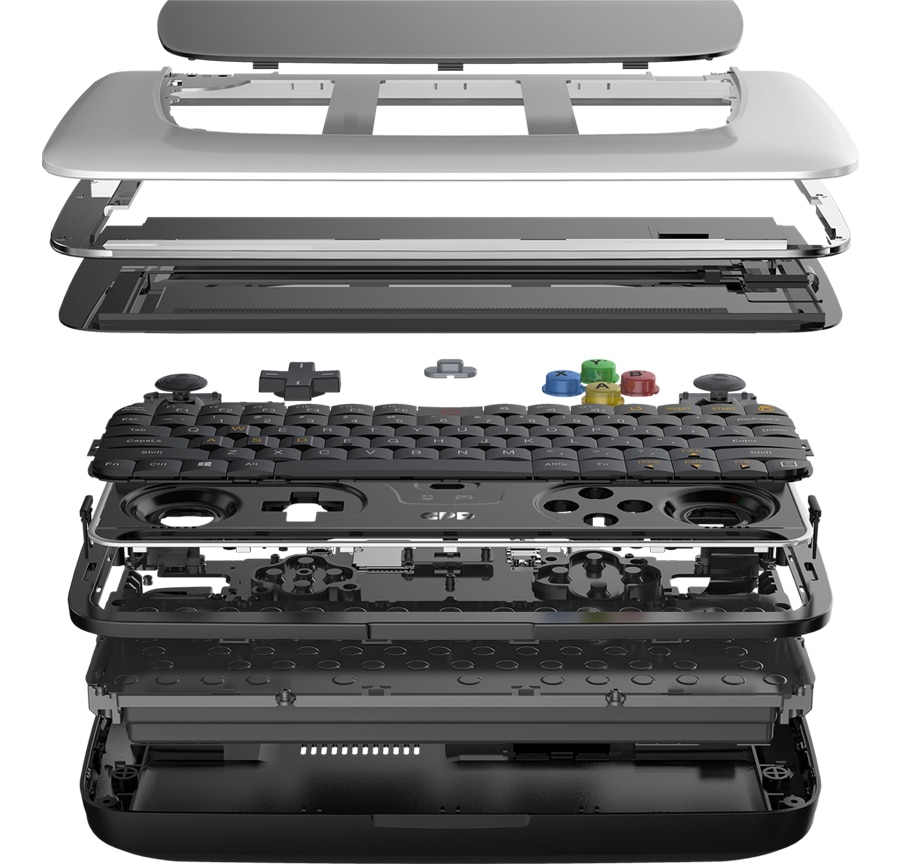 At GPD, we are committed to develope a handheld game console that can run AAA games smoothly. At the same time, the heat-dissipation, power consumption, device weight, portability, battery-life and other factors will also be taken into account. 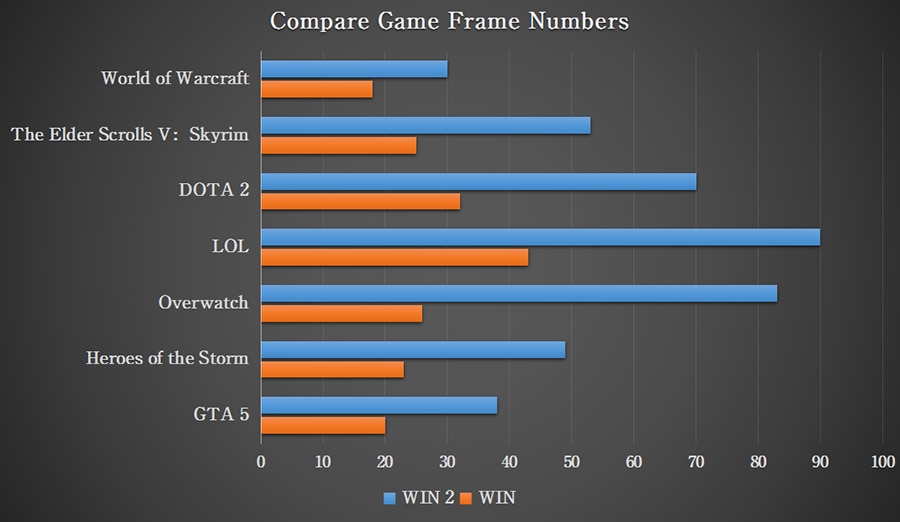 For “Overwatch”, its framerate on menu screen is 120fps, 80fps when walking in the map, and a stable value of 50-70fps when in during matches, with an average of 83fps

“League of Legends”, even on maximum settings, 60fps can be achieved, heavy action sections at 48fps, an average of 54fps;

“The Elder Scrolls 5: Skyrim” with average of 53fps;

“World of Warcraft” with an average of 30.

The Major Features Of The Product 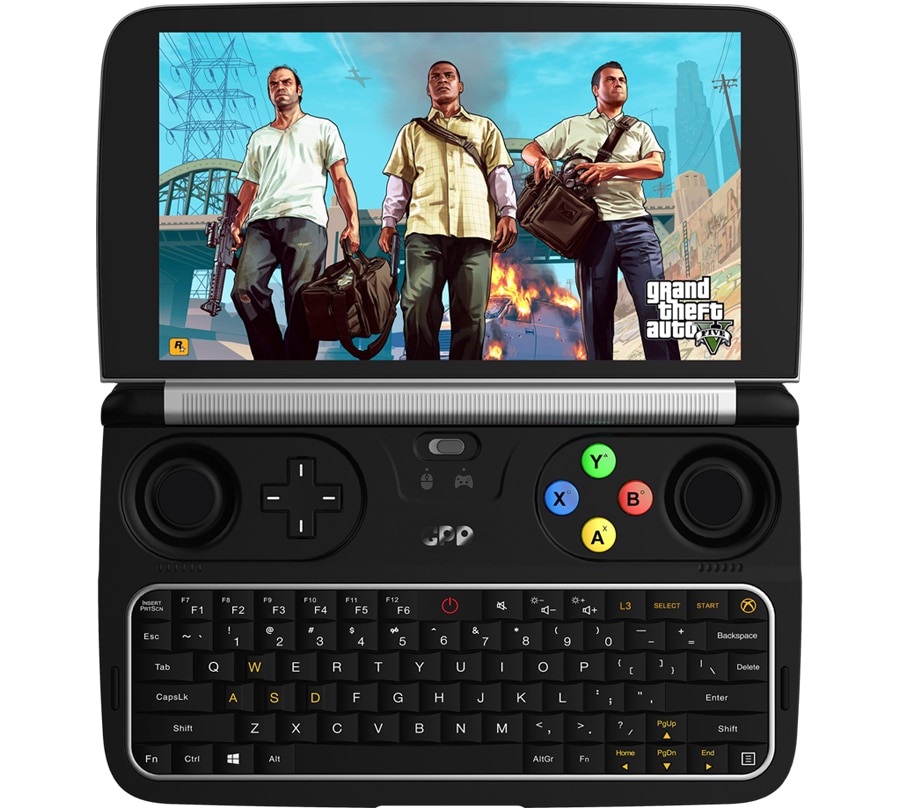 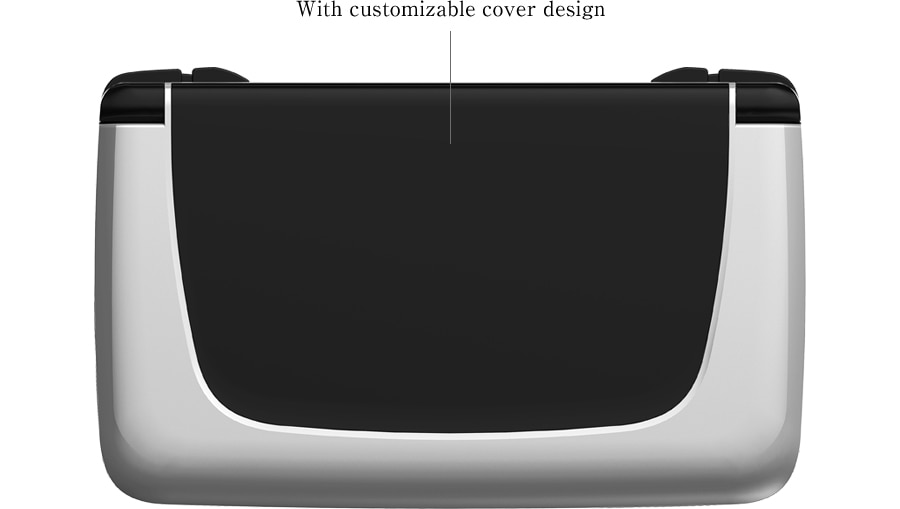 The frame of the lid is made of light, strong magnesium alloy material to prevent the screen bending. 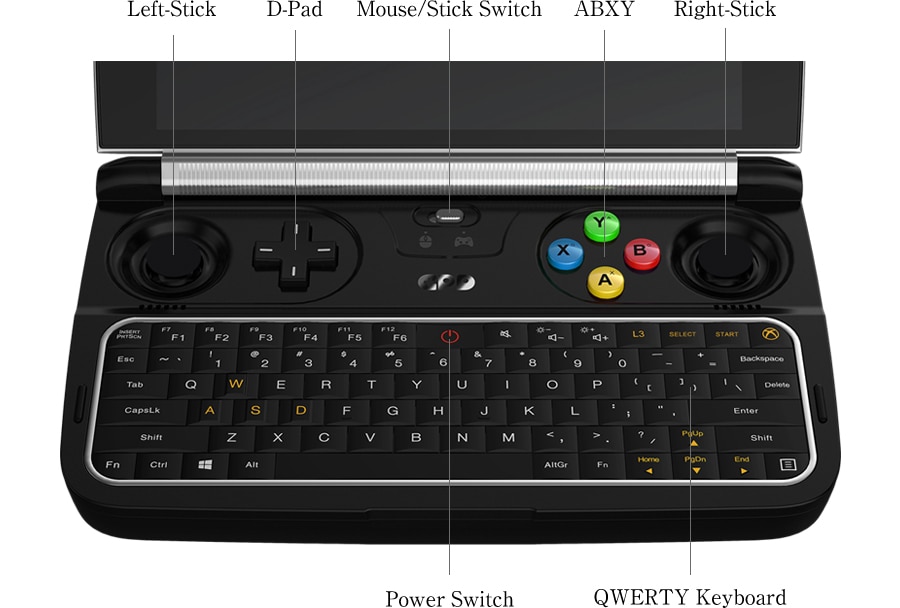 To keep the WIN 2 lightweight, the main body of the WIN 2 uses ABS material. The sunken design of the joysticks allows seamless access to the other game controls. Unique arc metallic film keys, which make it more suitable for blind operation. The 360 style ABXY buttons, still use screen print double-character for their labels. The machine body, keyboard and gamepad use colors which bring out the best of the design. With an elegant matt UV finish, it provides the user with a delicate feel.

The trigger keys: L1/L2/L3, R1/R2/R3 are situated at the back of the WIN 2 near both corners. The interface ports are also on the back and comprise of: Type C USB, 3.5mm headphone, USB 3.0, Micro SD card slot, Micro HDMI. The hot air outlet is also situated at the rear. The quite compact layout, brings out the best of the design. 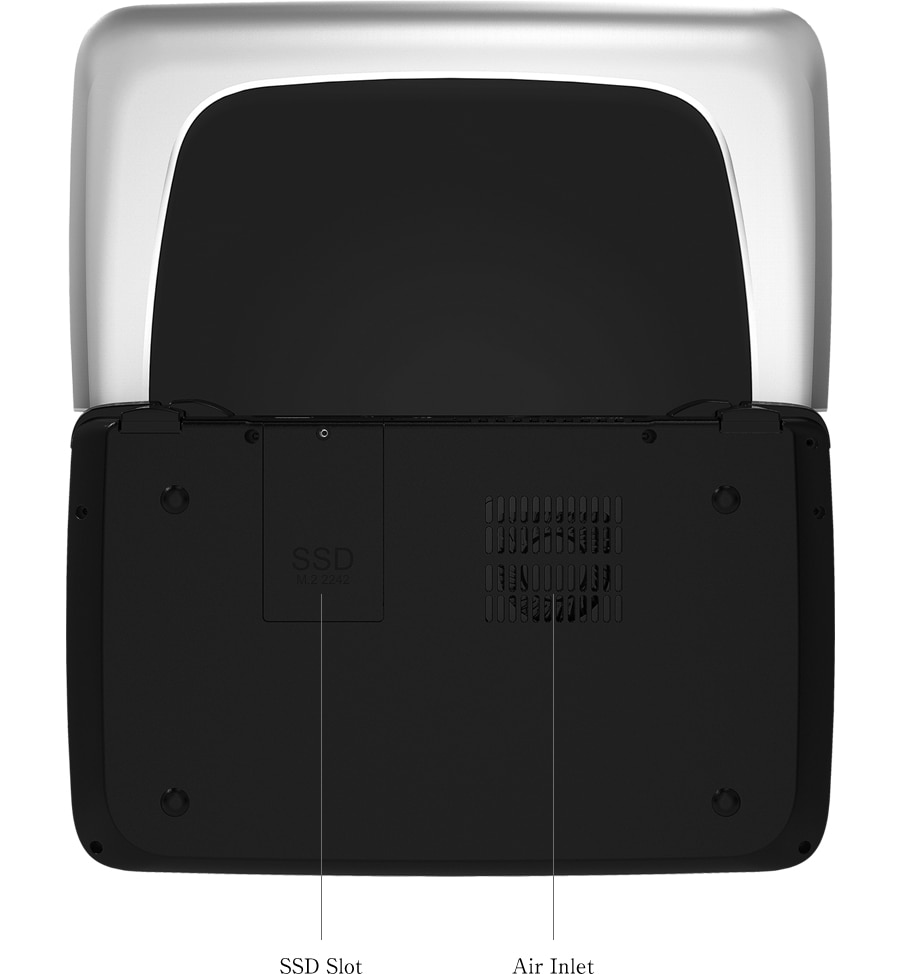 The bottom surface of the WIN 2 has been designed with a covered slot to enable easy user replacement of the M.2 SSD card. The M.2 SSD card is fixed in place using screws, which effectively guarantees that the SSD is connected with the M.2 interface, even when the WIN 2 is shaken or in the extreme drop state.

The air inlet of the WIN 2 has been designed in the bottom surface. The fan then forces hot air out the back of the machine. Hot air only travels a short distance before it exits via the back vent, extracting heat from the machine in nearly no time. In limited tests, the temperature of the machine can be controlled at about 39 degrees. 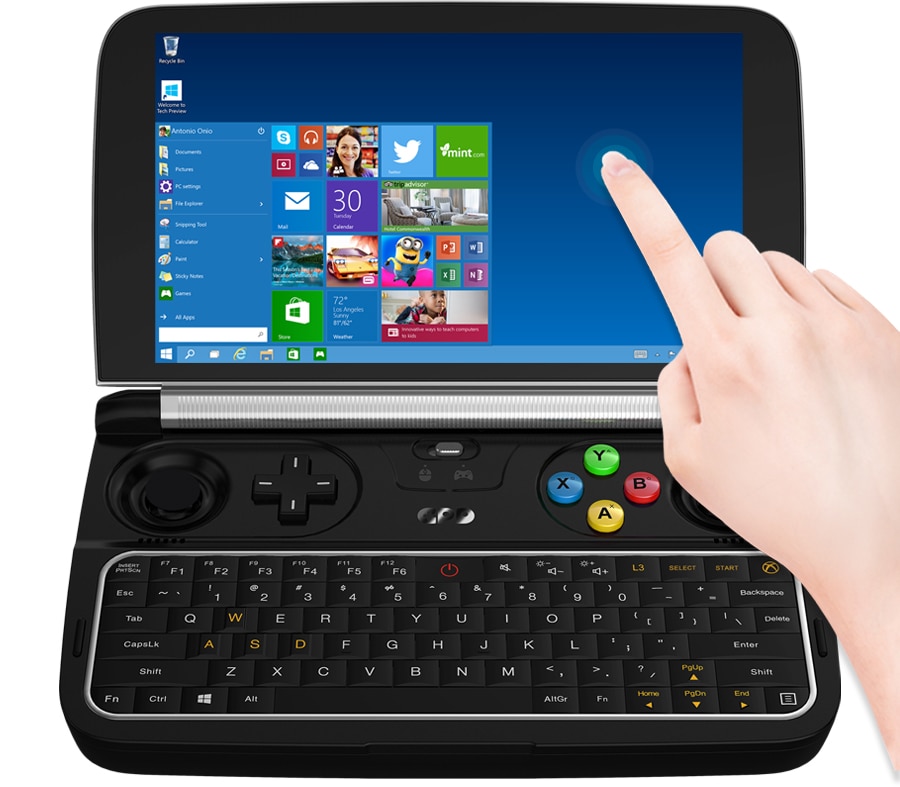 Equipped with the seventh generation ultra-low voltage Intel® Kaby Lake Core™ m3-7Y30 Processor, fabricated using advanced 14nm technology. Under the same power consumption, it can deliver about 12{674e3b558c8ee627a8d97a0336d9a0b283a0d25a149d3d008183887506494740} performance improvement compared to the previous generation Skylake technology. The bus speed of Intel® Core™ m3-7Y30 can reach 99.76MHz, with OPI bus speeds up to 4GT/s and peak data transfer of 4×10^9 times. Together with 4MB L3 cache, it greatly reduces the time to retrieve data from memory. 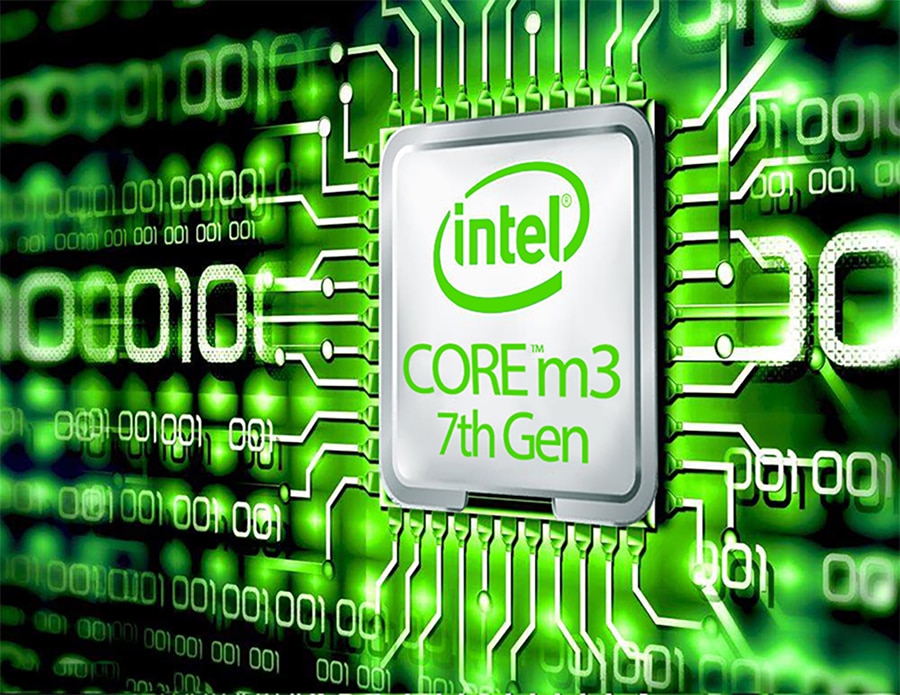 AIDA64 scores denote the sum of the Read, Write, Copy score. Only PCmark Vantage represents the score of the memory.

The WIN 2 features an M.2 2242 socket interface. It comes standard with a 128GB M.2 SSD. The SSD adopts SATA 3.0 based on the AHCI protocol, which has a theoretical bandwidth of up to 6Gb/s, and a theoretical transfer speed of up to 600MB/s.

The M.2 SSD can be easily replaced. Players can buy 256GB, 512GB or higher capacity SSD to replace the original one. There is no capacity limit, which means it can store more games, videos and applications. 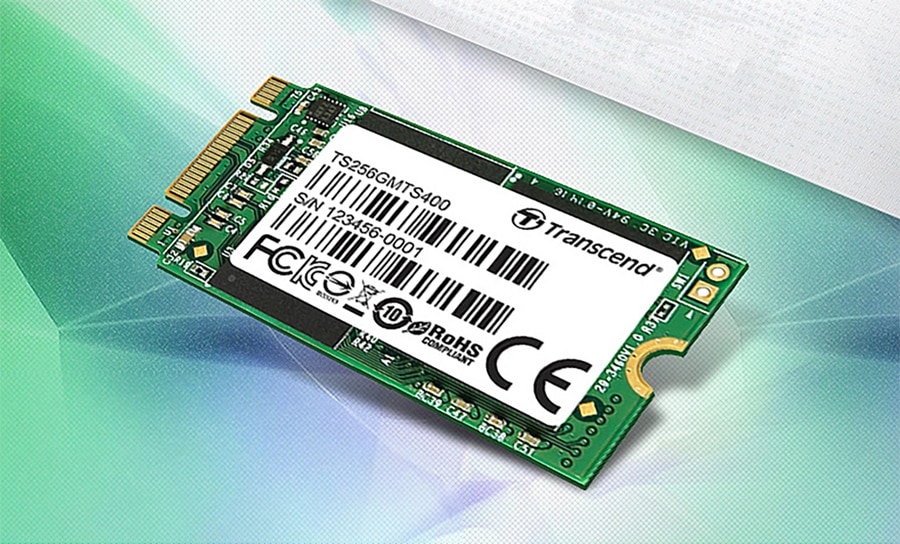 As an example of SSDs speed, we tested the read speed of the Transcend TS512GMTS400 512GB SSD (which is not the standard SSD in the WIN 2). Read speeds for this card reach 560MB/s, and write speeds reach 460MB/s. This hardware configuration design enables the machine to reach the optimal overall performance of the system, there is no system configuration bottleneck.

At the player’s request, the WIN 2 retains the Micro SD card slot. The m3-8100Y supports UHS 104 ultra-high-speed SD interface, and the bus bandwidth is up to 104MB/s, which perfectly supports Micro SDXC cards.

We performed a speed test using the SAMSUNG 128GB (Model: MB-MC128D) SSD card on the WIN 2. The tests showed read speeds up to 86MB/s, and write speeds up to 55MB/s. These results are 2.04 times better than achieved on the previous generation WIN console, taking full advantage of its bandwidth.

The above products are the maximum capacity that can be obtained in mainland China, but it does not mean that there is not larger capacity options in other regions. As long as it complies with the interface specification, our GPD WIN 2 can also support the storage. 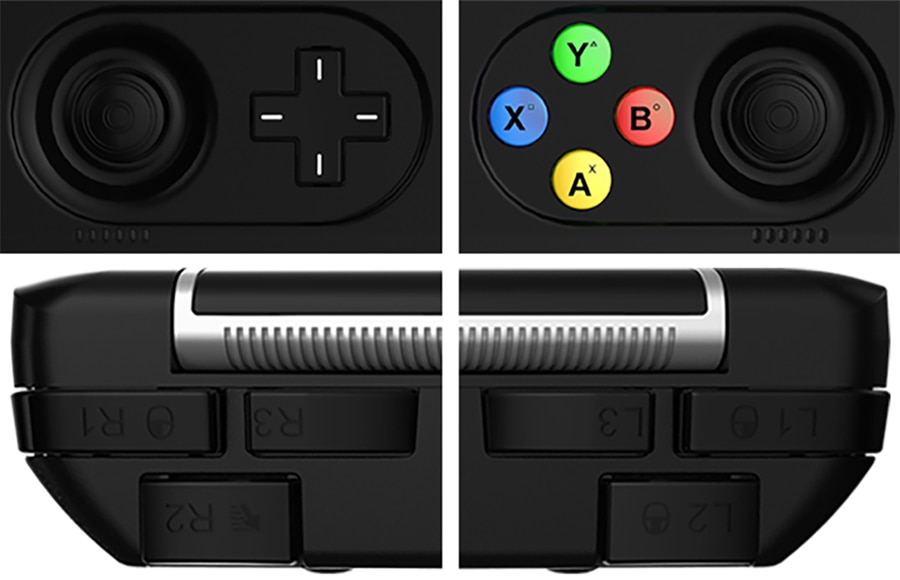 Set the mode switch to X to enter the Xbox 360 gamepad mode. The gamepad still remains the style of WIN, using Japanese ALPS double-3D joystick, with the sunk-style design, which is improved to reduce operational errors.

On the left side is a classic cross style D-Pad, which enables fast and accurate directional movement. On the right is the Xbox 360 style action buttons, labeled using a screen print double-character, faster and more accurate with finger touch.

L3/R3 trigger buttons are located on the back of the WIN 2 together with L1/R1 and L2/R2. The newly designed trigger buttons make it easy for players to reach the buttons quickly, making the overall gaming experience better.

The WIN 2 keyboard has been designed to cope with more than 1 million key presses. Key travel has been set to avoid fatigue from long typing sessions. The keyboard has an excellent feel. THE WASD, left, right, up and down keys are designed in a protruding style, which makes PC keyboard gaming easier. The concave power button has been designed to avoid inadvertent presses. In the upper right corner of the keyboard, there is the Xbox key, which can serve as “home button”, “screenshot button” etc.

When the mode switch is set to the mouse mode, WIN 2 will simulate a mouse using the joystick.

Mouse control is important for PC games, as such, the WIN 2 joystick can be used to simulate a mouse. Also, in order to meet the needs of different players, the mouse speed can be increased by pressing the L2 button. If you need faster mouse movement speed, you can press the L2 button to increase the mouse speed by a factor of 2. 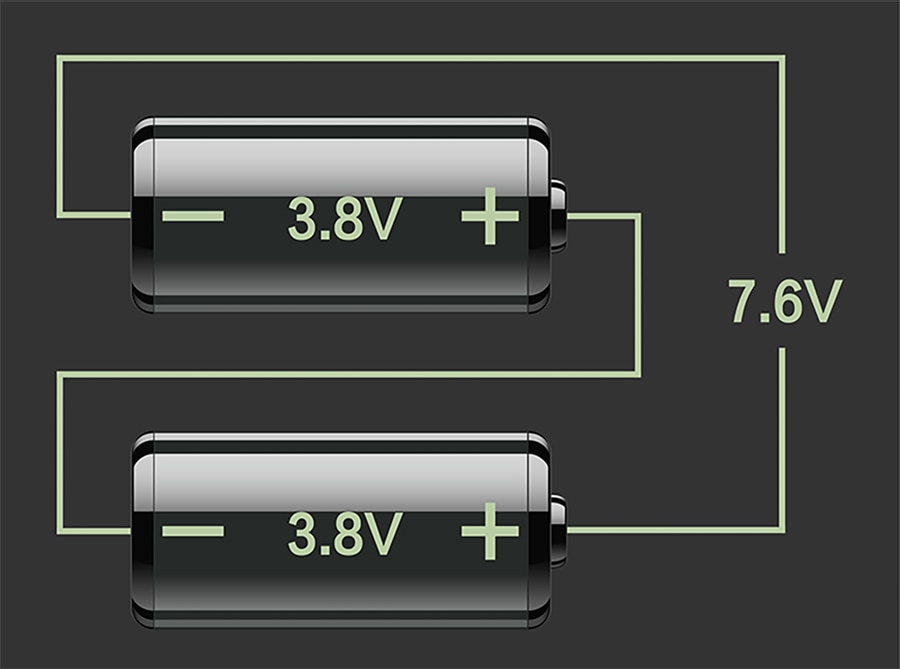 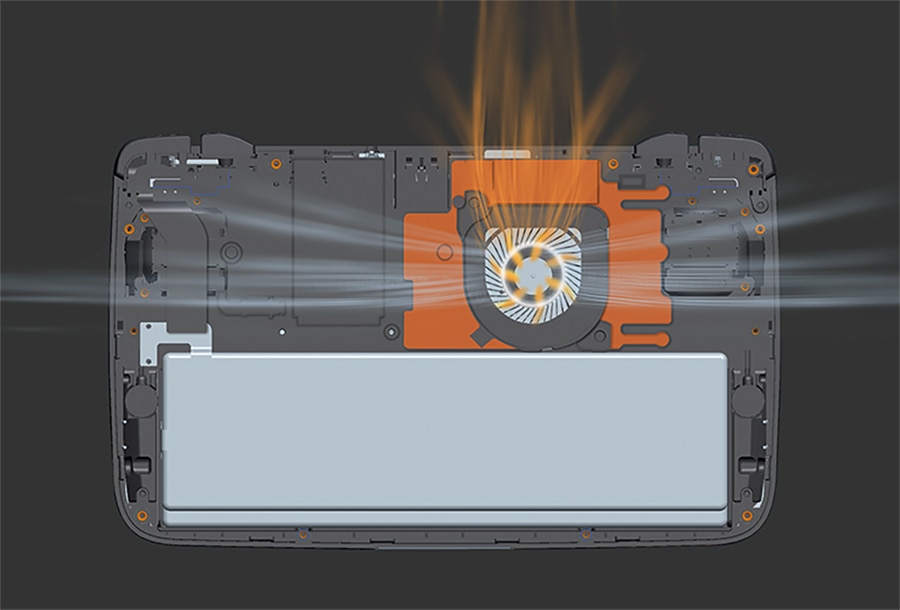 To enhance the cooling effect, the WIN 2 is designed with a PC-class cooling solution utilizing a high-power turbofan. The fan has a dynamic speed ranging from 2000 to 8800rpm. With large-volume side-blown thermal outlet design and ultra-short outlet distance, the hot air exhaust performance is 8 times greater than that of the previous generation WIN.

Also the WIN 2 increases the TDP of 4.5W to 15W. When the temperature of the CPU is between 20-80 degrees, the 60-speed dynamic temperature control will be started by BIOS to optimally balance the energy/performance ratio. 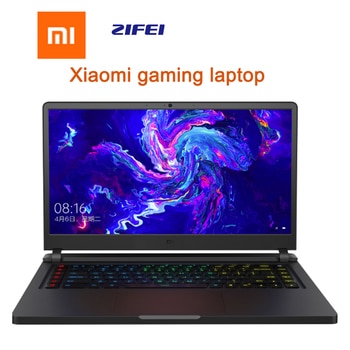 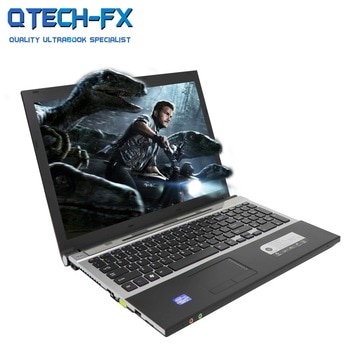